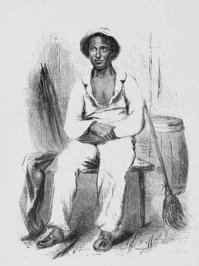 Solomon Northup
Author
Solomon Northup was a free-born African American from Saratoga Springs, New York. He is noted for having been kidnapped in 1841 when enticed with a job offer. When he accompanied his supposed employer...
Related Books
view all

Reflow text when sidebars are open.